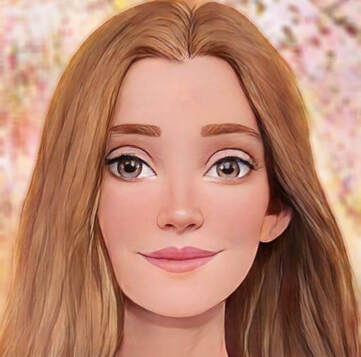 T.L. McDonald lives in Ohio with her husband, her three wonderful children, and her little miniature pinscher Lola (who thinks she's a big beast.) When she's not spending time with her family or friends, she can often be found staring at the computer screen as she writes new material (okay sometimes she's actually just surfing her newsfeed on Facebook or Twitter), curled up with a good book, or occasionally binge watching an entire series on Netflix. Although T.L. has been writing since her childhood, Marked is her very first published novel and now that she's gotten this far, she has no plans of stopping. Nothing makes her happier than knowing she's put something out into the world for people to enjoy.

Connect With Me Online

An Impromptu Interview From When I was Just Starting Out.

What made you decide to become an author? And did you always know you wanted to be one?
I decided to become a published author because I really wanted to share my stories with the world. Sounds corny I know, but it’s true. Story telling is something that I’ve always enjoyed doing, which brings us to the second part of the question. Yes, I have always known I wanted to be a writer. It’s just something I’ve always felt a connection to.

Do you have a process, or routine when you write?
I do actually, in a very disorganized sort of way. I can write anywhere, but usually I like to be on the sofa with my laptop, surrounded by post-it notes full of scribbled ideas, while playing some kind of rock music in the background.

Where do you get your inspiration from as a writer?
I am inspired by many things. Sometimes it’s from my dreams, or from something someone says, or even from the music I listen to, or the books I read. Inspiration can be found everywhere.

Which comes first, the story or the character?
It depends, I suppose. Sometimes I come up with the character first, but usually it’s the story.

What were your literary influences?
In my younger years I was influenced by authors such as R.L. Stine and his Fear Street and Goosebumps series, L.J. Smith’s The Forbidden Game series and now that I’m older (though I’m still young at heart) I would say that authors such as Cassandra Clare and her Mortal Instruments series, Becca Fitzpatrick’s Hush, Hush series, Lauren Cate’s Fallen series, and Tahereh Mafi’s Shatter Me series have all influenced me. But truth be told, I could go on and on because there are so many wonderful authors out there and so many great books that I’ve read and there’s something in each and every one that influences and inspires me.

Now that you have some books published, what’s the most important thing you’ve learned as an author?
The most important thing I’ve learned is that even though the writing part can be easy, the being the author part is not, especially, if you are self-published. The writing industry is a huge, huge place, and it’s a lot of work putting yourself out there to get your books seen. And even though it’s been a little daunting, I continue to push myself to keep at it because in the end, I know it’ll be worth it.

Are your books available outside of the United States?
Yes. Through amazon.com they can be purchased in multiple countries.

Can you do an interview or answer questions for a school project?
Absolutely, or at least I can certainly try to. For all inquiries regarding this, please email me at tl@tlmcdonaldauthor.com

How should the media contact you for inquiries?
I can be contacted via email at tl@tlmcdonaldauthor.com